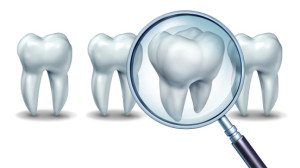 Despite what the millions of people who suffer from dental anxiety in the U.S. might think, dentistry didn’t evolve from a primitive form of torture. While the preventative dentistry (brushing, flossing, regular checkups) that we practice daily here in the U.S. until after World War II, dentistry as a medical practice has existed for thousands of years.

Archeological evidence suggests the earliest known dentist was Hesi-Re, an Egyptian priest who lived around 3000 B.C., and was buried with an inscription in his tomb that referred to him as the “chief toother.” By 1500 B.C., early Egyptians had already developed a primitive form of dentures that used gold wire to bind loose teeth together. As impressive as this feat of dentistry was for such an early culture, a recent scientific discovery suggests that early dentistry goes back even farther in time.

Researchers at the International Centre for Theoretical Physics have recently discovered the world’s oldest dental filling, a simple wax cap applied to a broken tooth that dates back 6500 years ago. The discovery of what was most likely the tooth of a man between the ages of 24 to 30, living in what’s now Slovenia, adds further evidence that early Neolithic societies had made surprisingly sophisticated advances in the field of dentistry.

Found over 100 years ago, the jawbone of the man was catalogued and stored in a museum in Trieste, Italy as the oldest human bone every found in the region. The fossil remained forgotten for over a century until researchers at the Centre happened to use the bone in a test of a new X-ray imaging system they had been developing. While scanning the tooth, researchers noticed an unusual substance attached to a canine. After constructing high-resolution 3-D models of tooth, researchers found a long vertical crack, and a portion of the tooth’s enamel that had rotted away to form a large cavity in which the tooth’s dentine was exposed. The strange resin material used as part of the filling had formed a thin cap that filled the cavity and crack.

Infrared spectroscopy scans of the tooth determined the material used consisted of beeswax, and radiocarbon testing found the date of the tooth dated back to 4400 B.C. This indicates that the beeswax substance was used to fix the tooth of a living person, which makes this find the oldest example of a dental filling ever found; even predating gold prostheses used by the Imperial Romans.

An earlier discovery made by researchers at the University of Kansas in 2001 suggests that primitive societies had flint drills they used to drill holes in teeth. Researchers there found 11 human molars in a Pakistani graveyard that contained drill holes that dated back to between 7500 and 9000 years ago. None of these teeth, however, showed any signs of a dental filling, though four of the drilled teeth showed signs of decay.

Researchers also believe beeswax would of made an obvious choice for primitive dentists because of its low melting point and natural anti-inflammatory and antibacterial properties.

Call your Springfield dentist today for your next appointment— and let’s talk!